/** * The header for our theme. * * Displays all of the section and everything up till
* * @package pandrah */ ?> AFTER 45 YEARS IN THE HEART OF DARKNESS AFRICA ROARS BACK ONTO THE GLOBAL BOXING SCENE – The Pugilist 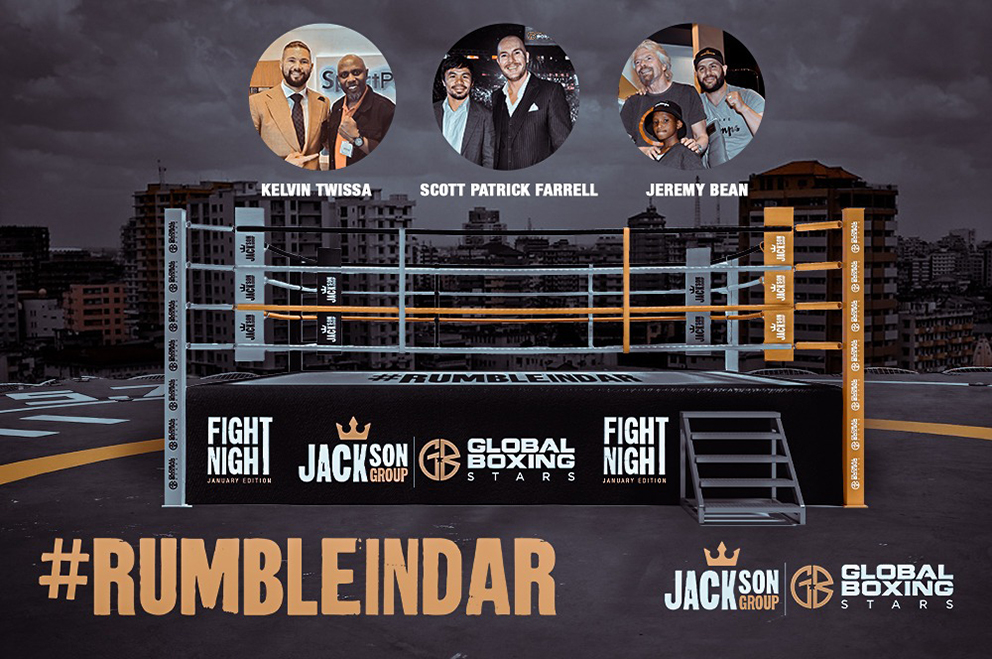 Over the years African Boxing has been seen as the poor relative when it comes to Global audiences for professional boxing from the Continent. America and Europe have dominated the scene it seems forever, but that had already began to change, as more recently it is the Middle East that has come to the fore hosting the big events that attract the Global interest.

In just over a weeks time Boxing from Africa, will roar back onto the scene determined to make such an impact that the fans of sport’s focus will begin to shift towards that Continent too.

Historically Boxing in Africa has attracted Global audiences, who could forget that one of the biggest fights of all time took place in Africa. Back in October 1974 the world’s eyes were on Zaire as Muhammad Ali challenged George Foreman for his World Crown in Kinshasa.

Whilst Rumble in the Jungle, arguably the greatest sporting event of the 20th century, was the most watched boxing event ever, drawing an estimated one billion viewers Globally, the expected Legacy for Boxing in Africa failed to materialise. Yes, since then there have been a few fights on the Continent that were shown on Major Networks in America and Europe, these were one offs, there have been no regular international events to maintain the momentum, but that is all about to change…

On the 29th January 2021, Botswana based Global Boxing Stars and Tanzania based Jackson Group present the first of six planned Fight Night events in the Tanzania, evocatively named “Rumble-In-Dar“, they hope will redress the balance and attract fans of the pugilistic arts around the World.

The ground breaking event is co-headlined by Tanzania’s Ibrahim Class (24-6-0) versus South Africa based Malawian Dennis Mwale (8-0-0), who will be competing for the World Boxing Federation (WBFed) Intercontinental Lightweight Championship.

Bulgaria’s Tervel Pulev (15-0-0), the brother of Heavyweight Kubrat Pulev, who was KO’d by Anthony Joshua back in December, versus Namibia’s Vikapita Meroro (29-9-0) co-headlines in a non-championship ten rounder.

‘Rumble-in-Dar’ will take place in front of an audience at the Next Door Arena in Dar-Es-Salaam, as Tanzania, unlike much of the World today, has been little affected by the COVID 19 pandemic and will be broadcast Globally, providing free to view access to in excess of three quarter of a Billion Homes and Billions more Devices.

So just who are the people so intent on changing not only the perception of African Boxing but also on showcasing African talent on a Global platform.

Scott Patrick Farrell, the founder of Global Boxing Stars, is the former CEO of Ringstar Boxing and former Managing director of Commvault inc, a corporation that that went ipo for over 500 million dollars whilst Scott was part of the senior Management team.

“In business and in life timing is everything, I believe this is the right time, Tanzania is the right place and between GBS and the Jackson Group we have the right partnership to take this platform to the next level, plans are afoot to deploy world titles, world title eliminators as well as international non-title bouts on the future bills, so as to raise the profile and quality of the bills show by show. We have a strategy to position Dar es Salaam as a new sports tourism hub.”

Scott lives the dream and works regularly with the only Boxing hall of fame eight division World champion Senator Manny Pacquiao as co-promoter and producer/event director for the Manny Pacquiao Championship Boxing Series.

Over the years Scott has built and been a very integral part of numerous contenders becoming World Champions, such as; IBF Bantamweight number one contender Michael Dasmarinas. Scott took the unknown boxer from the Philippines to become the IBO world champion, and then to a victory in the IBF world title eliminator. Making Dasmarinas the mandatory challenger for the much-sorted crown of the IBF world title. Other success comes with four division World Champion and current WBO World Champion John Riel Casimero as part of the Sean Gibbons & Manny Pacquiao Championship Boxing team, and Paulus ‘The Rock” Ambunda former WBO and IBO world champion, Scott secured his third world title victory with Ringstar Asia.

Scott has now taken all his life lessons and experience and partnered with Jeremy Bean, who has Pan African connectivity and experience in staging live broadcast events from all  major economic hubs of the continent to create Global Boxing Stars, a professional management company to represent and build a fighter’s career. His focus is developing fighters based in Africa and other parts of the world, to build new World Champion prospects to sign with the top promoters in the USA, UK and other parts of the world. Scott has a great working relationship and proven track record with the giants of the boxing industry such as Top Rank, PBC, Golden Boy, DAZN and Matchroom, and many more…

“We are extremely energised by this collaboration partnership, we have alignment, a common vision and the energy is good. Together Global Boxing Stars and the Jackson Group seek to develop a new commercial model for Pan African boxing and unlock value through pooling of our networks, resources and operational capacity. Myself and Kelvin are marketing guys that the boxing bug has bitten, we see Pan African boxing as a sleeping giant and believe our partnership will pioneer a new approach that will bring corporate partners with a Pan African footprint to the table.” Said fellow Director of Global Boxing Stars Jeremy Bean.

Jeremy comes from an advertising background, along with practical sports marketing and event staging experience along with a proven track record of producing international, live broadcast boxing events across the African continent.

While producing the Pan African boxing content for the Kwesé ESPN partnership, Jeremy staged fights in all the major economic hubs of Southern, East and West Africa.

Joining the dynamic duo on this major project  is Kelvin Twissa, CEO of The Jackson Group.

“Jeremy and I first connected when I was doing shows with Sport Pesa in Kenya and he was producing the Pan African boxing content for the ESPN Kwesé partnership, now under different banners and with what appears opportune timing we are teaming up to position Tanzania as a new fight mecca and sport tourism hub. The Jackson Group and Global Boxing Stars have formed a powerful, cross functional team – we can talk marketing and commercials to brands and sponsors, we can talk television and production specs to broadcasters and now we can talk boxing, all as a single powerful partnership unit.”

Kelvin, a high-level marketing strategist with experience managing campaigns and brands across Africa, is the former Global Chief Marketing Officer of SportPesa, brings to the team vast experience via various marketing roles at Exco level with some of the largest corporates and Telcos on the African continent.

Now in the role of CEO under the banner of the Jackson Group, Kelvin is able to unlock value through commercial partnerships and connectivity across the East African hub and the continent at large. Kelvin’s experience in sports ranges from football working with Clubs and Leagues in Africa and Europe including the Everton, Arsenal, Laliga and Cape Town City FC.

During his time at SportPesa Kelvin created the SportPesa Fight Night, as well as brought Tony Bellew to Kenya as part of the Everton SportPesa Boxing Road Show. The Nairobi Figth Night Series commanded over 7.4 million audience in Kenya alone being shown in over 7 channels across Africa.

Without doubt the stage appears set for a new energy and approach to Pan African boxing, with Tanzania providing the backdrop and this exciting partnership between Global Boxing Stars and The Jackson Group pioneering a new commercial and collaborative model.

Rumble in Dar, co-headlined by Ibrahim Class versus Dennis Mwale for the World Boxing Federation (WBFed) Intercontinental Lightweight Championship and Tervel Pulev versus Vikapita Meroro takes place at the Next Door Arena, Masaki, Dar-Es-Salaam, Tanzania on Friday the 29th January 2021.

Joining host broadcaster Azam TV are numerous broadcast platforms worldwide such as NBC Namibia, Astro Arens (Malaysia) plus more (check local Channel/Cable Network schedule) and will also be streamed live and free to view on FITE.TV, Gineko Network, Boxing TV, PPV Live,  360 PR App etc (further Streaming Channels to be announced soon) as well as on the Go Boxing YouTube and Daily Motion Channels, Rumble in Dar will also be available as Video on Demand seven days after the event on Sports channel Network (SCN) and other VOD platforms.