/** * The header for our theme. * * Displays all of the section and everything up till
* * @package pandrah */ ?> THE CHECHEN WOLF SIGNS WITH PROBELLUM – The Pugilist 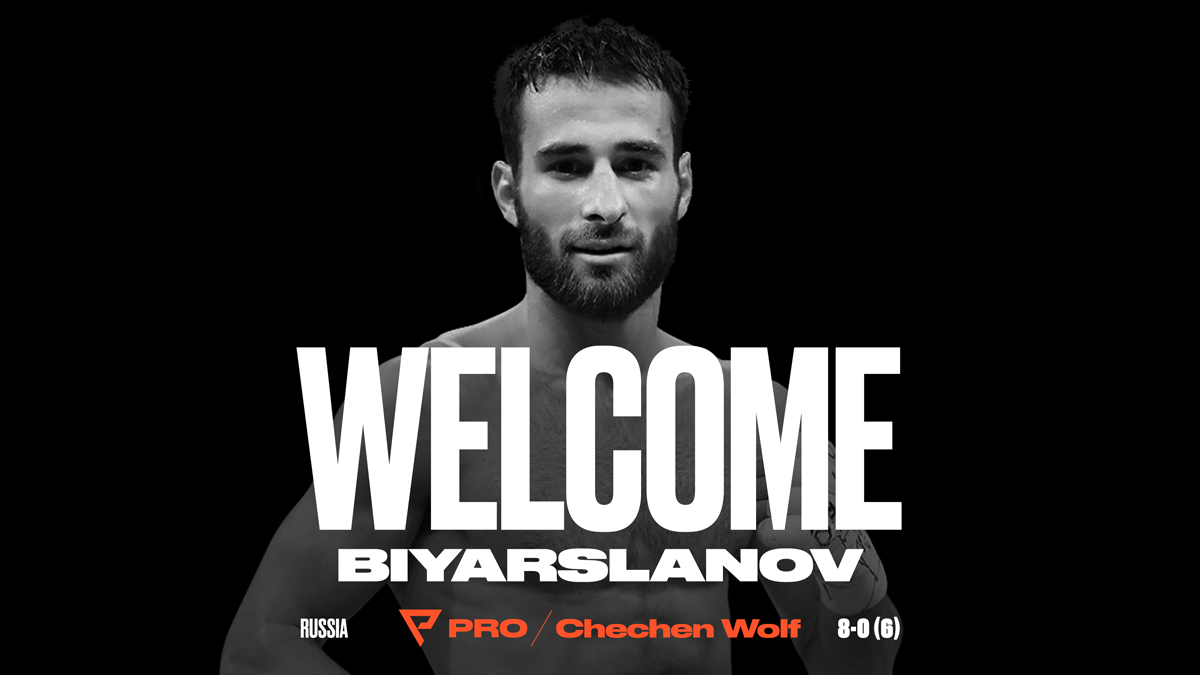 Probellum is delighted to announce the promotional signing of ‘The Chechen Wolf’ – Arthur Biyarslanov.

Undefeated Biyarslanov (8-0, 6 knockouts) has gone from strength to strength since making his professional debut back in 2018, and showed the rapid pace he is developing at when last time out in just his eighth contest he defeated fellow unbeaten fighter Israel Mercado.

Widely known as ‘The Chechen Wolf’ – the 26-year-old also had an illustrious amateur career, representing Canada at the 2016 Olympics in Rio de Janeiro, whilst also winning a gold medal at the 2015 Pan American Games in Toronto.

After leaving Russia as a child, Biyarslanov eventually settled in Canada, and has fought professionally in the country on three occasions, along with five bouts to date in the USA.

By signing with Probellum, he will now get the chance to fight all over the world, with Probellum establishing promotional alliances that allows them to work with all promoters across the globe to promote landmark events.

“I am excited and delighted to join Probellum,” said Biyarslanov. “I got the long-term contract I have been looking for and I believe Probellum will make my dreams come true through the opportunities they are going to present for me.”

“I’m happy to welcome The Chechen Wolf Arthur Biyarslanov to the Probellum team,”said Richard Schaefer, President of Probellum. “We’ve been looking to sign fighters that we know can compete at the very top for many years to come, and he certainly ticks that box.

“Already in just eight professional fights he has established himself as a key part of the lightweight division, and he will now be given the opportunity to showcase his skills around the world and compete in front of his loyal fans on some big events.”

Details on when Biyarslanov will have his first fight since joining forces with Probellum will be announced in due course.