/** * The header for our theme. * * Displays all of the section and everything up till
* * @package pandrah */ ?> Beterbiev Shrugs Off Yarde’s Usyk Assistance Talk – The Pugilist 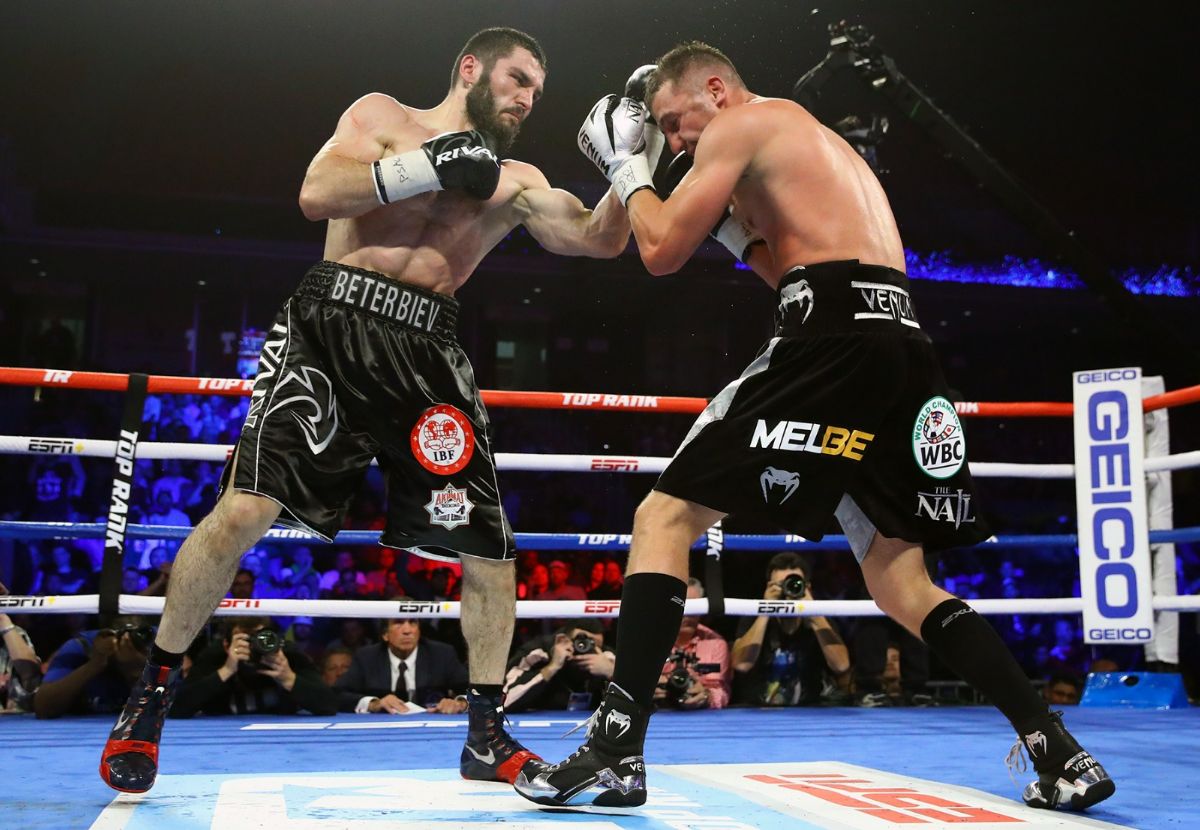 ARTUR BETERBIEV OFFERED up a nonchalant response when questioned over his former amateur rival providing some words of advice to his forthcoming opponent Anthony Yarde ahead of the world light heavyweight title clash at the OVO Arena, Wembley on January 28.

British challenger Yarde was perched next to the unified heavyweight champion Usyk at the Tottenham Hotspur Stadium in December while Tyson Fury was quashing the threat of his old rival Derek Chisora.

He claimed the Ukrainian gave him some tips on how to go about taking on the formidable Canadian-based Russian.

Beterbiev was edged out by Usyk at both the 2011 World Championship and the 2012 London Olympics.

“I don’t know,” said the 37-year-old Beterbiev with a chuckle when asked if a few pearls of wisdom from Usyk would help Yarde in his quest to part him from the WBC, WBO and IBF world title belts.

“If it helps him, then good for him. What can Usyk give him?

“It was suggested that Usyk could impart the benefit of experience from fighting him.

“And?” said a still smiling Beterbiev, who was a little bit more forthcoming when it came to explaining why, when he stepped up to light heavyweight, Canelo Alvarez opted to challenge Dmitrii Bivol for one world title belt, rather than himself for two, at the time.

“Why do you think? You need to ask Canelo, not me. How can I answer this one? If it was a fight that came to me I would take it, but I am not dreaming about this fight.”

The show also features the highly-anticipated professional debut of World Youth Champion Moses Itama.Tickets for Beterbiev vs Yarde are priced from £50 and are available from AXS.comand Ticketmaster.co.uk.